I have to chuckle that after Labor Day, food and beverage marketers roll out hundreds of pumpkin spiced products. Almost anything can be sold if it is “pumpkin pie spiced”. I just don’t feel tempted by fake pumpkin spice in things that I don’t want tainting the traditional flavors of some of the foods that I love. I like a beer that is hoppy and crisp and a coffee a little bitter, dark with a touch of cream. However, real pumpkin and the right amount spice in the small doses, I love. I love a tasty home made pumpkin dessert like scones, donuts, muffins, pie, cookies and cakes from a local baker are my pumpkin pie spice foods of choice. Or a savory soup or casserole made with pumpkin does not even have to have the pumpkin pie spice. I want to savor small doses of something really good!

I like to write about what is in season and because pumpkins are fresh off the vine and available from local farmers and farmers’ markets, I thought that this is the ideal time to talk about pumpkins. Pumpkins are also very nutritious with a large amount of beta-carotene and cinnamon has been researched as a possible benefit to helping diabetics with a lower blood sugar.

So check out my two pumpkin spice dessert recipes that I hope that you enjoy as much as me and my family! They can also be eaten for breakfast or a snack. In addition to the fresh pumpkin and cinnamon, I also love the taste of maple syrup for a delicious flavor to pair with the combination of flavors. For these recipes, you can roast fresh pumpkin to make them or if you are in a pinch to make them quick, you can use canned pumpkin. A small baking pumpkin makes about a 15 ounce can. To find out more about roasting a pumpkin, check out Angela’s post from Oh She Glows.

Serena Ball, registered dietitian nutrition from the A Teaspoon of Spice has some great tips for roasting pumpkin seeds here. Both the white outer layer and the inside green inside can be eaten. For these recipes, I popped open the white outer layer and used just the softer green portion. If you don’t roast your own pumpkin and pumpkin seeds, you can use store purchased.

These pumpkin donuts were created with inspiration from Gretchen’s Grain-free Vegan Blueberry Lime Cake Donuts. You can read about this registered dietitian nutritionist’s gluten-free recipes on her blog  Kumquat. These donuts can be made using an egg or by making an egg substitute using flax and water (see below).

½ cup pumpkin puree (fresh or from a can)

1 egg (for a vegan version, you can skip the egg and make a substitute mixing 2 tablespoon flax meal plus 4 tablespoon water)

Preheat oven to 375 degrees Coat the part of the pan where you will put the donut batter with a little non-hydrogenated shortening. Add the almond flour, baking powder, salt and cinnamon in a large bowl. In a small bowl, mix the maple syrup, non-hydrogenated shortening, pumpkin puree and egg (or egg substitute). Combine the wet ingredients to the dry ones and carefully stir and add batter to the donut pan. Bake for about 15 minutes until the top is slightly brown. You can make the icing while the donuts are baking or while they are cooling for a few minutes. To make icing mix all the ingredients in a small bowl.Take pan out and carefully trace the donut with a butter knife around the sides and middle so it will easily slide out of the pan. Add some waxed paper underneath the bakers rack. Let cool for about 5 minutes and on a small bakers rack carefully turn the pan upside down and let the donuts come out. Ice the donuts. Serve from the bakers rack or carefully place on a plate. I decorated half of the muffins with pumpkin seeds but double the amount if you want to top them all.

These moist, tasty muffins have a chocolate surprise inside of chocolate chips. The pairing of chocolate, pumpkin and cinnamon tastes just like it was meant to go together! Makes 12 muffins.

Preheat the oven to 375 degrees and grease the muffin tin with oil. In a large bowl mix together flour, brown sugar, cinnamon, baking soda and salt. Add the maple syrup, pumpkin, oil and eggs then carefully mix. Toss in the chocolate chips at the end. I also decorated half of the muffins with pumpkin seeds before baking but you can double the amount of pumpkin seeds to top all of them. Bake for about 15 minutes and take out of the oven. Carefully trace around each muffin with a butter knife and cool on a bakers rack.

I hope that you enjoy making and eating these pumpkin spice creations! As a registered dietitian nutritionist in Asheville who loves to write about local foods, love helping clients learn to eat healthy foods that taste good. You can find out more about some of the things that we work on together here. 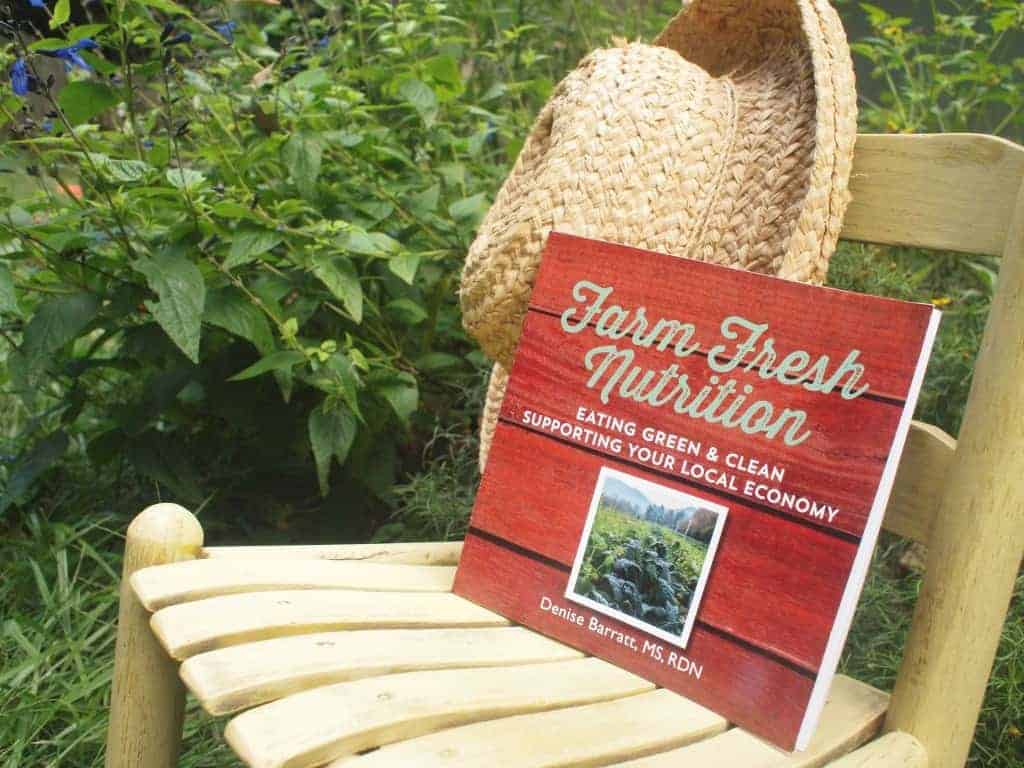